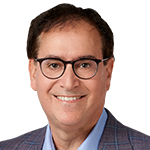 Marty served as Finance Chair for the City of Winnipeg where he delivered three straight balanced budgets and spent nearly four years on the Executive Policy Committee and his dedication, as Chair of Infrastructure, to making record investments in streets and infrastructure.

Marty Morantz is a life-long Conservative who clearly understands Conservative priorities.
As the Member of Parliament for Charleswood-St. James-Assiniboia-Headingley he believes that all Canadians benefit when government keeps taxes low and budgets balanced.

In Charleswood, where he has served as City Councillor since 2014, he fought for and delivered many important projects like the brand-new sports courts at LaFleche Park and the re-crowning of the football field at Oak Park High School.

But nowhere does Marty’s commitment to the community run deeper than the involvement of he and his family — wife, Lisa, and son, Jeremy, as generous philanthropists. Together, they have made major contributions to the Saul Morantz Building at the Simkin Centre, the Canadian Museum for Human Rights, and the University of Winnipeg.

They have also established the Nathan Morantz Respite Care Fund in support of respite services in Manitoba and other Funds in support of autism research.

Marty has a B.A. in political studies from the University of Manitoba, and received his law degree from Osgoode Hall Law School. For 23 years, he practiced law as a partner at Levene Tadman LLP in Winnipeg in the areas of real estate, corporate, commercial, and wills and estates. During his tenure, he acted as senior counsel to several large financial institutions and real estate management firms.

In 2009, Morantz became President of Jernat Investments Ltd., a property investment and financial services firm with holdings primarily in multi-unit apartment buildings.
Marty has also had a very active political career having served on the Winnipeg South-Centre EDA as well as the Tuxedo and River Heights PC Associations. In 2011, he ran provincially for the PC Party of Manitoba in River Heights after which he was elected to Winnipeg’s City Council in 2014.