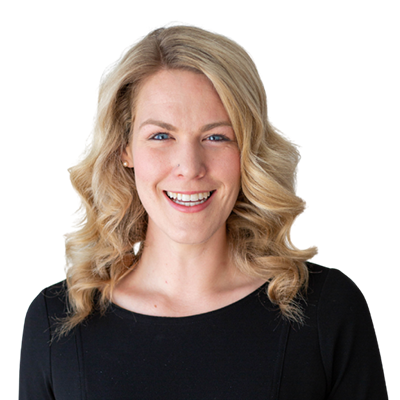 As a dedicated listener and tireless advocate, Rachael has served as a powerful voice for the Lethbridge riding since she was first elected in 2015.

As the Member of Parliament for Lethbridge, Rachael is committed to putting people first. Every year, she attends as many events as possible throughout the riding, tours dozens of local businesses and organizations, and meets one-on-one with hundreds of constituents.

Empowered by the stories people share with her, Rachael puts a human face to government policies when she speaks in the House of Commons.

Rachael serves as the Shadow Minister for Digital Government. Although there are incredible benefits to living in a more digitized world, there are also significant risks. In her role, Rachael passionately advocates for the protection of people’s private information, making sure consent is given for its collection and use, and guaranteeing the rightful ownership of data.

Rachael currently sits as a Member of the Standing Committee on Government Operations and Estimates where she studies the effectiveness and proper functioning of government operations and the expenditure plans of central departments and agencies. Previous to this, she was a Member of the Standing Committee on Natural Resources, during which time she advocated for the needs of the hard-working men and women in Canada’s Natural Resource industry.

In 2019 Rachael served as the Chair of the Standing Committee on Access to Information, Privacy and Ethics. In this position, she acted as an impartial mediator and led the committee through important discussions on the Prime Minister’s involvement in the WE Charity scandal.

During the 42nd Parliament, Rachael served as the Shadow Minister for Status of Women. In this role, she held Prime Minister Trudeau accountable for his actions, used her voice to stand up for victims of violence, and advocated for the economic empowerment of women.

Rachael chairs the Canada-Artsakh Parliamentary Friendship Group. This group seeks to raise awareness about the plight of the people of Artsakh and advocate for their sovereignty.

Before entering public life, Rachael earned a strong reputation for building community and empowering others. Working as a youth sociologist and leadership consultant, her work took her across Canada and gave her the opportunity to work with business and not-for-profit leaders, universities, colleges, and young world-changers.

Recognizing the value of including youth in decision-making processes and collaborations, Rachael has created a Youth Advisory Board where youth of all political beliefs are encouraged to engage in respectful dialogue and share viewpoints on a variety of issues. Every year she accepts a new cohort of young people to advise her on the issues that matter most to them.

Being raised on a small farm in southern Alberta instilled a strong work ethic and resourcefulness that is inherent in everything Rachael does.

Her entrepreneurial spirit, determination, and commitment to innovation were made evident at the age of 11 when Rachael started her own small business, raising dogs and running a boarding kennel. With the revenue generated from her business, Rachael helped fund several international development projects, participated in four international humanitarian missions, and put herself through University.

Rachael graduated with Great Distinction from the University of Lethbridge. She holds a Bachelor of Education and a Bachelor of Arts in Sociology, Political Science, and Psychology.

As a life-long volunteer, Rachael’s efforts have made a positive difference in Lethbridge. She served on the city’s Community and Social Development Committee, the Lethbridge Youth Justice Committee, and the Canadian Mental Health Youth Anti-Stigma Leaders’ Steering Committee. She also volunteered for the Lethbridge 2019 Canada Winter Games bid and the 2015 Alberta 55+ Winter Games.

Since a balanced life consists of more than just work, Rachael also enjoys a number of leisure activities. In addition to spending time with family and friends, Rachael looks for opportunities to enjoy the unique beauty of southern Alberta by walking in the coulees or hiking and camping in the Rockies.