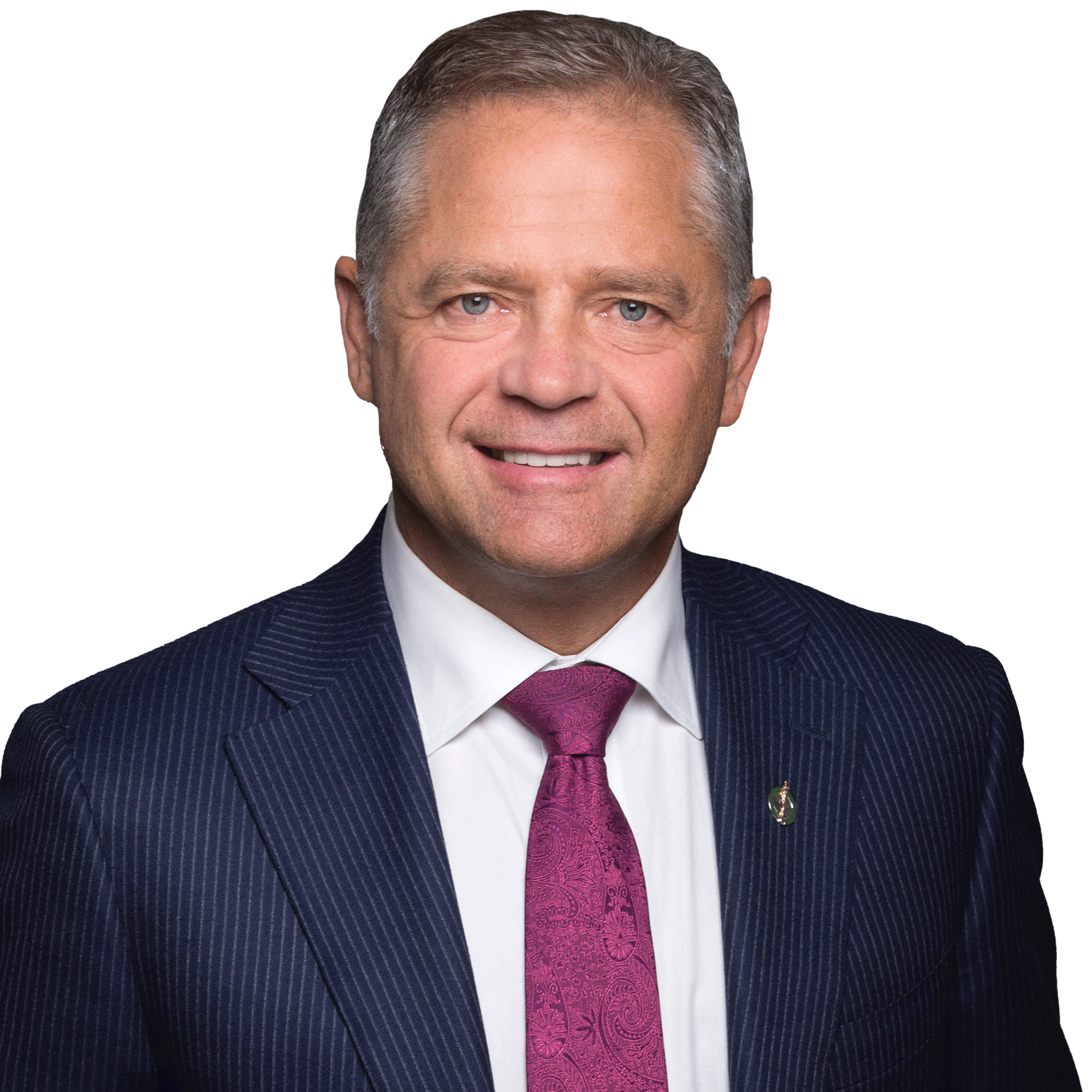 Len Webber was elected as the Member of Parliament in October 2015 for the federal riding of Calgary Confederation and sits as a member of the Conservative Party of Canada Caucus. He is currently a member of the Standing Committee on Health and is also a member of the Canada-Africa Parliamentary Association.

Prior to this, Len had been elected to three terms as a Member of the Legislative Assembly of Alberta for the constituency of Calgary-Foothills. In his time as an MLA, Len served as Minister of Aboriginal Relations, Minister of International and Intergovernmental Relations, deputy government whip, parliamentary assistant for Energy, as well as sitting on multiple boards and committees.

Len’s signature initiative as an MLA was the introduction of private member’s Bill 207, Human Tissue and Organ Donation Amendment Act, 2013. Mr. Webber worked on Bill 207 for a year and a half. The bill became a government bill in May 2013, received Royal Assent and came into force on November 7, 2013. Currently he is advocating for Bill C-316 which would allow Canadians to indicate their willingness to become an organ donor through their annual tax return.

Before becoming an MLA, Len was the vice-president and director of Webber Academy, a non-profit university preparatory private school in Calgary. The academy provides advanced and challenging curriculum to about 1000 students from junior kindergarten to Grade 12.

Len Webber was born in Calgary, raised in the northwest community of Brentwood, and is the son of former Calgary MLA and cabinet minister Dr. Neil Webber. He received his Bachelor of Commerce degree from the University of Calgary and his journeyman communications electrician certificate from SAIT. He worked as an apprentice electrician out of high school and ran his own contracting business for 10 years before starting with Webber Academy.

He is a loyal volunteer in many fundraising events promoting breast cancer awareness, research, and development. He is a proud recipient of the Alberta Centennial Medal and the Queen Elizabeth II Diamond Jubilee Medal for his contributions to the province of Alberta.

Len and his late wife, Heather, have three daughters: Lauren, Jaime and Kelly.