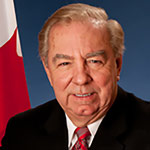 Mr. Maltais was the Member of the National Assembly for Saguenay from 1983 to 1994. He was also a member of the Agriculture, Fisheries and Food Commission from 1982 to 1985.

On September 2nd 2014, the Minister of National Defence appointed him as Honorary Colonel of the 62nd Regiment of Shawinigan; he is also a member of the Fondation des Artilleurs de la Mauricie.