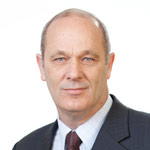 Subsequent to becoming the Member of Parliament for Chatham-Kent–Leamington, Dave worked in the auto industry. In 1985, Dave opened his first auto body shop, later running his own used car business and then becoming a Hyundai dealer in 1996.

Born in Chatham to Dutch parents who immigrated to Canada in the early 1950`s, he is the seventh child of ten children. Strong proponents of family values, Dave and his wife Faye have celebrated¬ 40 years of marriage, have eight adult children, and have been blessed with many grandchildren.

He is an active member of numerous Parliamentary Legislative Associations, Inter-parliamentary Groups and Friendship groups. He is also a member of several caucuses that focus on specific issues related to the Canadian industry sectors.

Now a Member Parliament for the Official Opposition he is honored to continue to represent the people of Chatham-Kent-Leamington and their interests at the Federal level. He is very proud of the riding and works hard every day to keep Canada a strong and prosperous nation, not only for our generation but for those generations to come.